Our Building A brief history 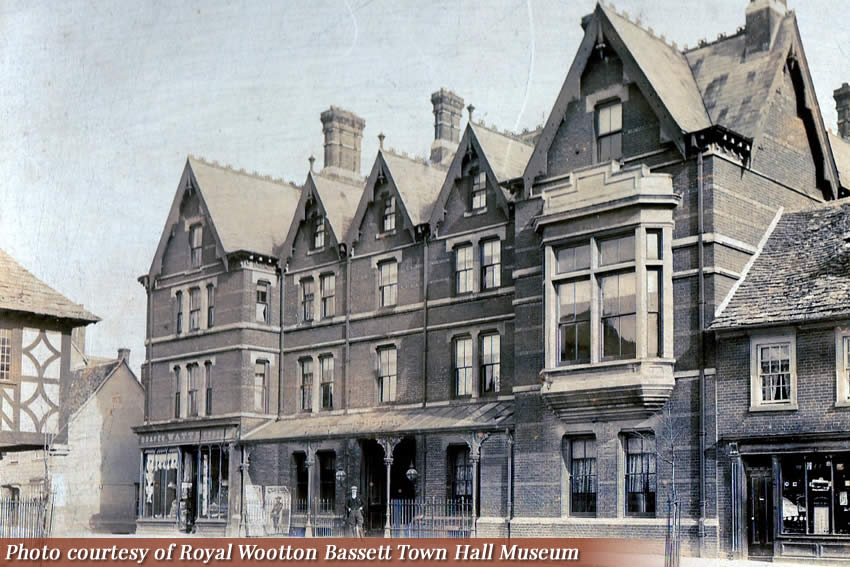 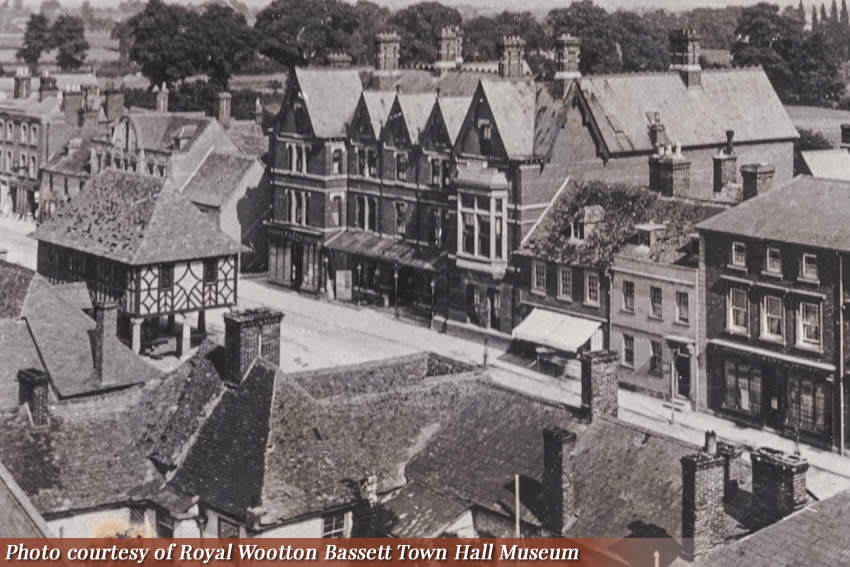 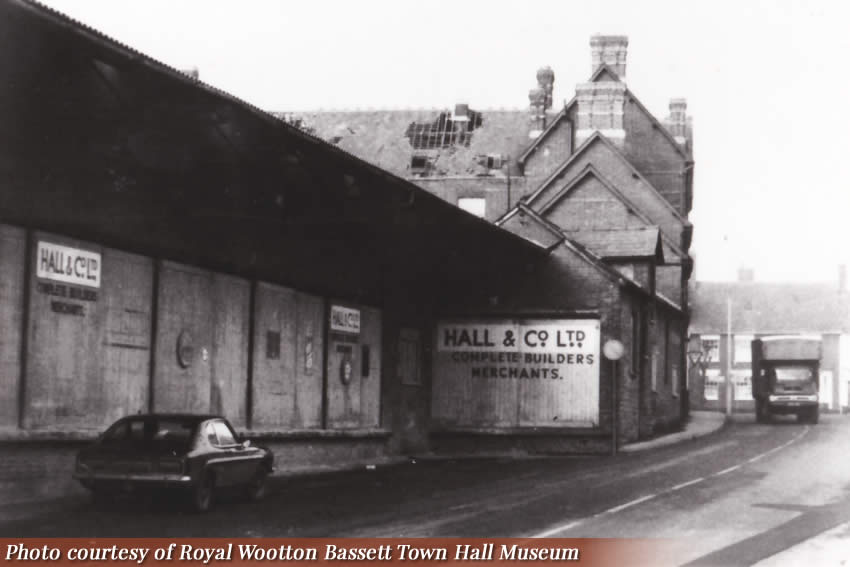 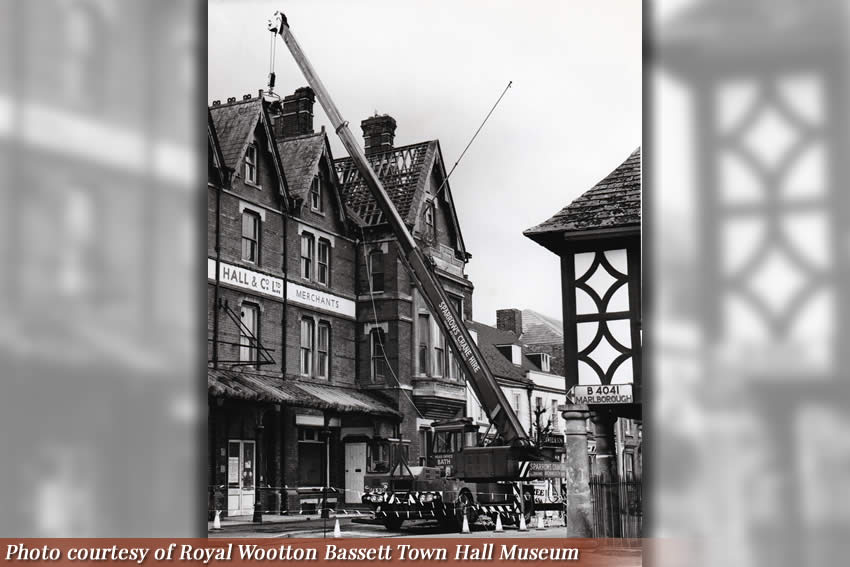 Making way for a supermarket

The building we occupy was formerly part of 'The Royal Oak Hotel'. In its heyday, The Royal Oak was considered the premier inn of the town, with takings recorded in 1754 as being "three times greater than any other public house within the town". It hosted many formal events, including the annual Cattle Market Dinner, the Wootton Bassett Ball, boxing matches, local Council meetings and a meeting place for the town's Methodists.

On the second Saturday of every month at 11.30am, the Assembly Room also became the Town's Magistrate Court.

Advertisements were regularly placed in the Wiltshire Independent and Swindon Advertiser in the mid-1800s stating:

It would seem that for a period of time in the early to mid-1800s, there were two 'Royal Oak' establishments operating within close proximity of each other. Not unsurprisingly, some confusion appears to have arisen between 'Hunt's Old Royal Oak and Commercial Inn' and 'The Royal Oak Coach House'. In an attempt to clarify confusion, an article appeared in the Wiltshire Independent on 15 March 1838 stating:

As repeated disappointments and inconveniences have arisen to Commercial and other Gentlemen, in consequence of their driving to a Public House in the Town having a sign of the Royal Oak, C. H. particularly requests his Friends to inquire for HUNTS OLD Royal Oak, opposite the Market House.

Originally a two story building, The Royal Oak was extensively rebuilt and modernised in 1864 by Thomas Barrett of Swindon for the then owner, Sir Henry Bruce Meux. Sadly, the new hotel never managed to pay its way and it finally closed in the early 20th century. On the 19th & 20th March, 1907 the auctioneers Armstrong & Son held an auction at the premises to sell all the contents of the hotel, including the billiard table, sitting room furniture and contents of 9 bed chambers.

Following the death of Sir Henry Bruce Meux in 1900, The Royal Oak, along with many other properties in Wootton Bassett belonging to the Meux estate were listed for sale at auction by Lady Meux. By this time, The building had already been divided, with the section we now occupy being leased to Watts & Parry (grocers & drapers), Taymac Builders and subsequently Hall & Co. Builders Merchants.

The auction particulars described the hotel as:

It was most substantially built about thirty years ago of red brick with slated roof, and is entered under a glass portico from the Hight Street. The accommodation is as follows: on the Ground Floor, 11 feet 6 inches in height, Dining Hall, Commercial Room, Billiard Room, Bar with separate entrance, Smoking Room, large Kitchen, Scullery, Store Room, Larder and every convenience, including an extensive range of cellars in the Basement.

On the first floor, Banqueting or Assembly Room, about 53 feet by 18 feet and 15 feet 6 inches in height (with entrance from the High Street, thus shutting it off from the Hotel, when required, for public meetings or entertainments); Ante Room and Retiring Room connected therewith, Four good Bed Rooms, fitted Bath Room (hot and cold supplies), W.C. and lavatory; above are Seven Bed Rooms, fitted lavatory, Linen Room and commodious Attics, which could be converted at small cost into additional Bed Rooms.

Gas and Town Water supplies are laid on, and the Drainage is connected with the Main Sewer.

At the rear of the Hotel, with front and side entrances, is an extensive range of of Livery and Bait Stabling substantially built, with a large enclosed paved Yard, and include Six Stalls, Eleven Loose Boxes, Three Coach-houses, Waggon Shed, Harness Room, Groom's Room, Loft, etc., whilst adjoining is a Productive Kitchen & Fruit Garden of nearly Half-an-Acre, let to Messrs. B. R. Bowly & Co., Brewers, of Swindon, on a yearly Lady-day tenancy, at the very moderate Rent of £100 per Annum.

The premises are well-appointed and in good repair, and in every way suitable for conducting a lucrative business, and being a Free House, affords a remarkable opportunity to Brewers and other of acquiring a well known and prominent hostelry.

Bidding commenced at £1,200 and eventually reached £2,000. As the auction failed to achieve the reserve, the property was withdrawn from sale.

During the 1914-18 war, the building housed prisoners of war.

Sadly, the majority of the building was left uncared for and became derelict. In the early 1970s, most of the hotel was knocked down to make way for the Gateway Supermarket, which is now the Co-op.

In 1967 the Midland Bank acquired the building, which subsequently became HSBC. In 2015 HSBC closed its Wootton Bassett branch and thus starts a new chapter in the life of 143 High Street. We are extremely proud to have the opportunity to breath new life into one of the Town's most iconic buildings. We look forward to welcoming you soon! 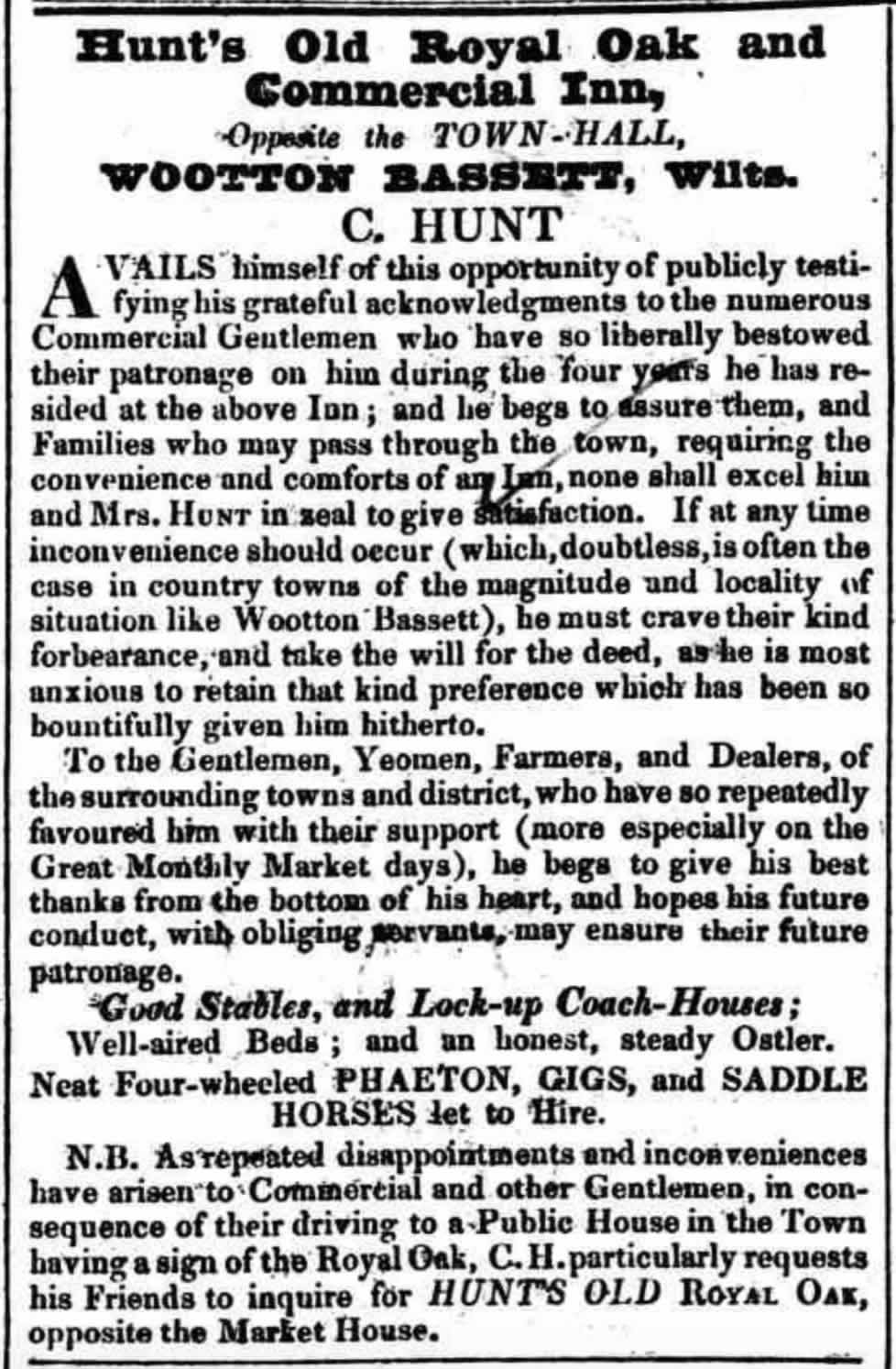 Auction of the Royal Oak 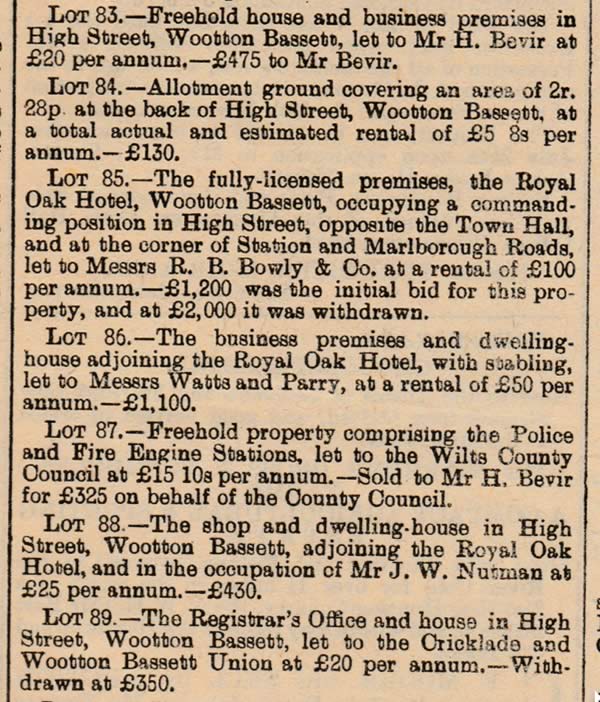